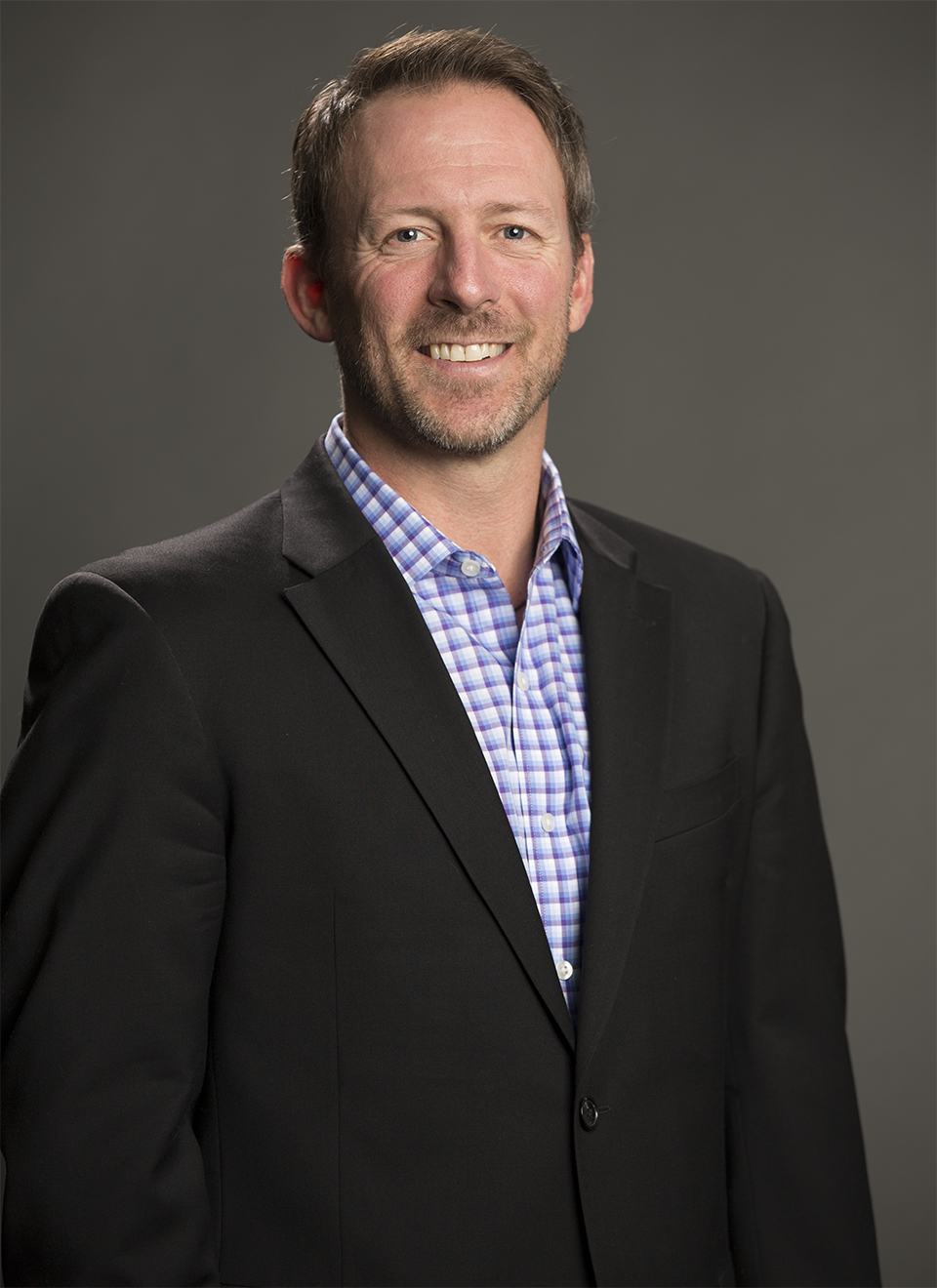 Neal Leonard is the CEO of Leonard Holding Company (LHC), which owns and operates several business investments.  LHC is a third-generation, family-owned business. He has served as Chairman and CEO since 2007. Before becoming CEO, Neal gained invaluable experience working in almost all aspects of the family business, including Production Supervisor, Cattle Buyer, and Vice President of Sales.

During Neal’s tenure as CEO, the business has transformed from a fully integrated beef company to a diversified holding company, managing multiple lines of business. Leonard Holding continues to own a subsidiary, Surlean Foods, and multiple other investments in Real Estate and various other ventures through its Family Office.

Neal has been involved in the San Antonio non-profit community for over 20 years. LHC donates annually through its charitable giving organization, the A.E. Leonard Family Giving Council (FGC). He has served as President for the Transplants for Children organization from 2005 to 2007. Neal is a former Board Chair of Respite Care of San Antonio. He has also served on the National Alumni Board for Texas Tech University.

Born and raised in San Antonio, Neal went to college at Texas Tech University.  He graduated in 1995 with a Bachelor of Science degree in Agricultural Economics.  He completed his MBA at the SMU Cox School of Business in May 2011.  Neal is married to his wife, Megan. They have five children, Walker, Lexi, Jaidyn, Crew, and Collins.  In his spare time, Neal enjoys golfing, hunting, fishing, and is an avid runner.

Russell Faldik is the CFO of the Leonard Holding Company / Family Office as well as the Chief Investment Officer. Russell previously was the president of New Earth, a soil, mulch, and compost bulk manufacturer serving the central and South Texas area. Before being appointed New Earth President, Russell was CFO at Leonard Holding Company. Russell also worked for Ernst & Young LLP acquiring an extensive and broad experience serving a wide range of public and private companies from global Fortune 1000 enterprises to entrepreneurial ventures in multiple industries.

Russell graduated from Texas Tech University with a Bachelor of Business Administration, Accounting degree in 1995 and is a Certified Public Accountant. He is involved in helping the community and has served multiple terms as a board member for the United Way Leadership Society.

Clay has more than twenty years of entrepreneurial and investor experience, having co-founded Evity, Inc. in 1998, which was subsequently sold to BMC Software. Since Evity, Clay has been involved in numerous early-stage ventures as an investor and founder. He currently serves as managing director at Springbok Ventures, a firm providing capital and guidance to early-stage businesses.

Previous to Springbok, Clay was the managing director of Mañana Development Co, a private investment company that invested in small businesses, social enterprises and real estate projects. Prior to Mañana, Clay was a principal at real estate investing and consulting firm HomeFixers, where he co-authored the New York Times bestselling book FLIP: How To Find, Fix, And Sell Houses For Profit.

Clay serves on the corporate board of directors of LiveAnew and Leonard Holding Company. He also serves on two non-profit boards, as treasurer on the board of Africa New Life Ministries and as vice-chairman on the board of Mission: Possible of Austin. He holds a Bachelor of Science degree in Computer Science from the University of Texas at Austin, has been named a finalist for the Ernst & Young Entrepreneur of the Year award, and holds three U.S. patents

Mr. Barlow is CEO of Petty Group, LLP, a single family office located in San Antonio, Texas. In the past, he has served initially as Vice President and then as President of Sklar Exploration Company L.L.C. between 2001 and 2018. He earned a B.A. degree from Centenary College, where he served as Chairman of Centenary’s Board of Trustees between 2017 and 2021. After obtaining his undergraduate degree, he served as a research assistant for Professor Michael Hurst, the Senior Fellow of St. Johns College at Oxford University in Oxford, England. He earned his J.D. and graduated Cum Laude from Tulane University School of Law. During law school, he worked as a student law clerk for Judge Steven Plotkin, 4th Circuit Court of Appeals, New Orleans, Louisiana. Between 1996 and 2001, he practiced law at the law firms of Barlow and Hardtner L.C. and its successor, Lemle & Kelleher, L.L.P., where he specialized in oil and gas law, representing oil and gas independent producers in oil and gas transactions, environmental, tort and breach of contract litigation, regulatory matters and title work.

He is a licensed attorney in Louisiana and is a member of the Young Presidents’ Organization (YPO); the Family Office Exchange (FOX); the Texas Land & Mineral Owners Association (TLMA); the Texas Forestry Association; the Texas and Southwestern Cattle Raisers Association (TSCRA); and, the Oil & Gas Section of the Louisiana State Bar. Mr. Barlow also serves as Charter Member of the Board of Directors of The Leonard Family Corporation, a family holding company with an operating company in the food processing industry and an embedded family office. He is also Director and Vice President of the Sisters of the Destitute. Mr. Barlow is a former Member of the Advisory Board of Bowman Systems LLC, a software company specializing in the human services industry; the Editorial Board of the Journal of Unconventional Oil and Gas Resources; the Colorado Oil & Gas Association (COGA); the Louisiana Oil & Gas Association (LOGA); the Rocky Mountain Mineral Law Foundation; and the Independent Petroleum Association of America (IPAA).

He is a graduate of IPAA’s Executive Management Program for Oil & Gas Executives at Harvard Business School and has been a presenter at the 2007 Ark-La-Tex Association of Professional Landmen Educational Seminar, the 54th Mineral Law Institute at LSU Law Center and the 2013 Florida Energy Pipeline Association Summer Symposium.

Daryl Scott is the CEO of Surlean Foods and was the President of Surlean Foods for many years. Surlean is a total food solutions provider, specializing in proprietary food items for the QSR and retail industry. Surlean Foods is located in San Antonio, Texas and it has grown to over 140 million dollars in annual revenue and employs 235 people.

Daryl started his career in the food industry immediately after completing his studies at Texas A&M University where he earned a degree in Animal Science with an emphasis on Meat Science. Daryl has gained extensive knowledge in many aspects of the food industry including Production Supervisor and Plant Manager before being promoted to President.

Daryl was raised in San Antonio where he met his wife Amy. Daryl and Amy were married in 1993 and have two children, Davis and Kendall. During his time away from work Daryl enjoys the outdoors and spending time with his family.

Mr. Griffin is a member of the Meyers Law Group PC. He has extensive experience in International Business, corporate finance, and taxation and specializes in the area of Estate Planning. Mr. Griffin is admitted to practice in the State of New York. He is also a Certified Public Accountant and a member of various professional associations.

Mr. Griffin has been a private investor since 1994. Prior to that time, he held financial management positions at Estee Lauder, Inc. where he was Executive Vice President and Chief Operating Officer of Lauder Investments, Inc., and earlier, Vice President and Treasurer of Estee Lauder, Inc. Mr. Griffin also serves as a director of two privately held companies and has been on the board of publicly traded companies. Mr. Griffin participates in the St. Patrick’s Trocaire program in Huntington, which provides free legal services to the indigent.

Joe Wade is a partner at Brown Advisory, a leading independent wealth management firm, working from the firm’s Austin office.  Joe has worked in the financial industry his whole career.   Joe’s focus has been working with wealthy families on wealth management, business advise, generational transitions, and other matters that impact families.

Joe’s prior firm, Meritage Capital, was acquired by Brown Advisory in 2018.  Meritage specialized in managing assets, and offering advise to wealth families.   Meritage acquired Centennial Partners, a firm founded by Joe in 2012, that was in a similar business.   Prior to forming Centennial, Joe worked in the financial consulting business working with institutional and family clients in the US, Europe, and Japan.

Joe’s interest in financial matters began when he worked in his family’s country banking business in Alabama while attending both high school and college.

Joe graduated from the University of Alabama in 1977 with a bachelor of science degree in finance and insurance.   Joe is a strong supporter of the University and an avid fan of the Crimson Tide teams.

Joe’s charitable actives include support for First Tee of Austin, Scottish Rite Hospital for Children and the Madonna School for Special Needs Children.   Joe is married to Dianne Wade and has four boys.

Annette Vaccaro is a Senior Vice President and CFO at Community Coffee Company, the largest family-owned retail coffee brand in the U.S. Annette has over 20 years of experience leading corporate finance, tax, enterprise risk management, commodity purchasing, and other teams. Annette began her career in public accounting with Ernst & Young and KPMG and served as the Tax Director of General Health System prior to joining Community Coffee.

Annette earned a BS in accounting from Louisiana State University and is a Certified Public Accountant. She also serves as a Board Member for the Council for A Better Louisiana.